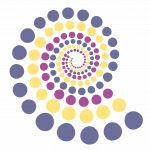 Join us for Sunday Celebration!
with Dar Khabbaz

Sharing on: A Perspective on Traditional Ways

Note: Don’t miss out! Be part of this Live at Circle or on Zoom because it will not be recorded!

Description:
Dar Khabbaz will share his experiences and perspectives of learning the traditional ways of the people of midwestern and eastern tribal nations. He will also be offering prayers and traditional songs.

Biography:
Dar grew up in Bucks County with the understanding that he had Cherokee ancestry. His mother told the story of being told this by her maternal grandfather, standing by his knee at age 7. Throughout his youth we were involved with native people and culture. In his teen years he became more interested in the spiritual aspects of being native. It was an interest that both he and his mom shared. They both read all they could find on the subject, and talked to their native contacts as well. To this end, he began talking to his mother about having a vision quest. This is where the story he will share begins.